Linguistics is one of the smallest subjects at Cambridge, with 20 to 30 undergraduates each year. You know everyone in your year, which is great! The lecture rooms at the Sidgwick site are used for the course lectures, and then supervisions are held in a variety of places - it might be the Sidgwick site or you might get to go to a different college. You don’t learn foreign languages - unless you want to - and you don’t have to know a ton about formal linguistics to apply - your interest and curiosity are far more important than how much knowledge you have to start with.

What about the Linguistics course at Cambridge appealed to you?

Ellie: Linguistics is exciting to me because no two days are ever the same. It combines so many different disciplines into one. Also, the lecturers are brilliant - chances are they wrote the book on what you’re studying, or have met the person who did. Getting phonetics lectures from the man who invented the Parseltongue language for the Harry Potter films is a pretty cool experience. I also like that you draw on a variety of academic areas. There’s a bit of history, some philosophy, some psychology, some logic, some sociology, and of course, languages. I can’t think of many other subjects which have the same diversity. My favourite thing is probably being able to borrow papers from other departments according to your own particular specialisms - for example I’m interested in Celtic languages, so I’m planning on borrowing a Celtic philology paper from the ASNaC department at Part II.

Fergus: The breadth of the course at Cambridge is particularly strong. You can study (just about) any area of linguistics in depth in the second and third years, while in the first year you get a really broad overview of all the main parts of linguistics.

How have you found the structure of the course?

The course is really quite broad, which is good for someone who’s new to linguistics as most people don’t know what they’re going to like when they arrive. It’s also a bit different to most courses at Cambridge as all your teaching - not just your lectures - is centralised, and nothing will take place just with people from your college.

The Linguistics department - more formally the Department of Theoretical and Applied Linguistics (DTAL) - is split between the Raised Faculty Building, where most of your supervisions will be, and the English Faculty, where most lecturers’ offices are. It’s quite small and fairly friendly.

What types of work do you have to do?

In the first year, you’ll have four lectures and three or four supervisions a week. For all the supervisions, you’ll be set a piece of work which could be anything from a couple of short written questions to a data problem sheet to an essay; the range of work is quite varied. In the second and third years, supervisions become less frequent. Most college libraries will have many of the books you need, but pretty much everything you’ll ever need to read is in the Modern and Medieval Languages (MML) library.

Do you have career plans?

Ellie: I think I’d like to do a Master’s degree. Afterwards, I’d be keen to work in foreign relations and make good use of my linguistic skills. I know some of my friends would like to go into academia, and that others want to work in speech and language therapy - and that others have no idea yet. There’s no one career path with linguistics - you gain so many transferrable skills that you have the ability to go in a range of directions afterwards.

What about your course would you change?

Fergus: A bigger emphasis on sociolinguistics would be nice - currently it’s just about four weeks of your first term spent on it and then no opportunity to study it further in later years.

Ellie: I’d love the opportunity to do a course in linguistic fieldwork.

A typical day for me starts with getting up at around 9 or 10am (I’m definitely not a morning person). I eat breakfast in college and then either go to a lecture, write up supervision work or do some reading. Then I often meet up with fellow linguists for lunch in town, or if we’ve just had a lecture we’ll go to one of the cafés on the Sidgwick site. Afternoons vary depending on whether I have a supervision that day. If I do, I go to the MML library after lunch and do some work until it’s time for the supervision, or if not I borrow the books I need and go back to college. Evenings vary depending on what my friends are doing and how much work I have. I spend most of my spare time either at QuizSoc, watching a film or play, or reading. 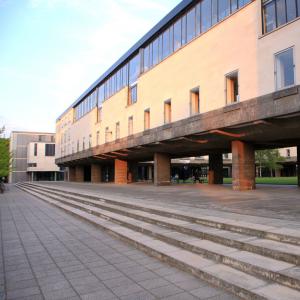 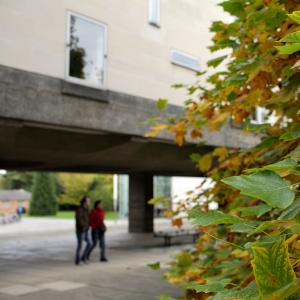 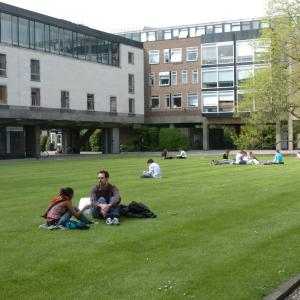 Do you have a question?
Ask a student!

Please note that as student volunteers we are unable to answer questions on admissions requirements - e.g. school/college qualifications needed to apply. You are best asking these questions to admissions@cam.ac.uk